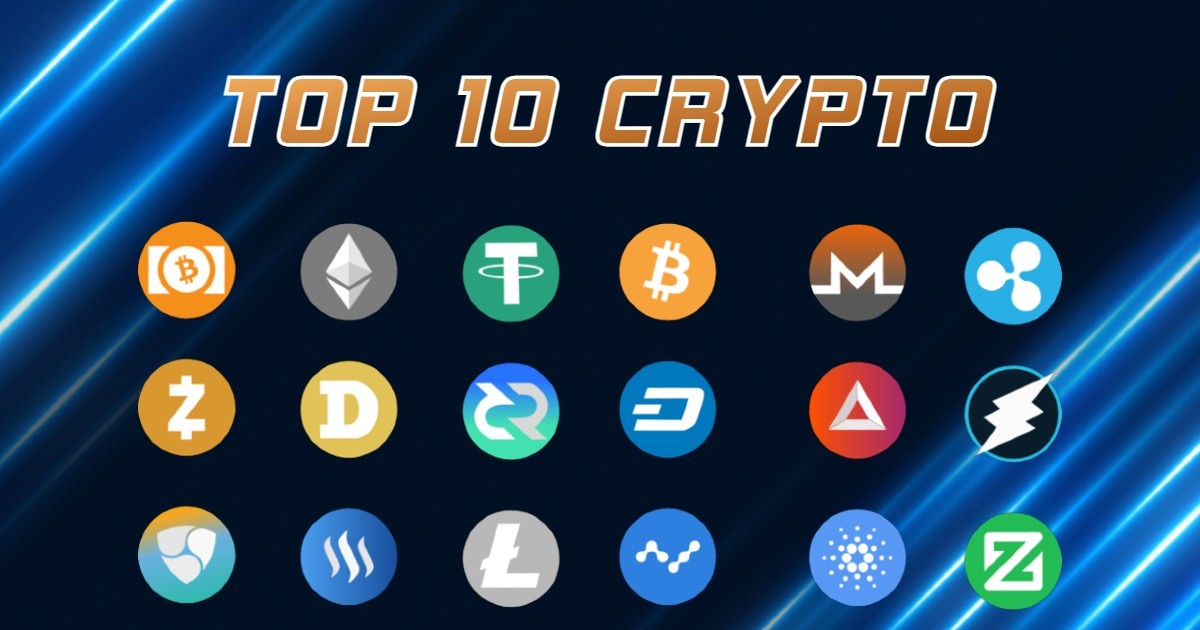 If you had purchased Bitcoin worth $100 a decade ago, you would have been a millionaire today. That explains how profitable investing in cryptocurrencies can be.

But hold on, cryptocurrencies are not a safe bet and you have to know what you’re doing before stepping in.

To begin with, there are thousands of cryptocurrencies today to choose from. Plus, each of them has a separate profitability ratio that you should be aware of before your investment.

But you don’t have to worry because we have picked the 10 Best Cryptocurrencies to Invest in for you.

Last but not least, you should be aware that cryptocurrencies are an ever-growing water bubble, which might pop at any given moment.

So only invest the money that you can afford to lose. Never sell your important assets merely to invest in crypto.

With the disclaimers out of the way, let’s look at the Top 10 Best Cryptocurrencies to Invest in.

Let’s dive in and learn more about the Best Cryptocurrencies to Invest in.

How could we not talk about the original cryptocurrency, the Bitcoin? It’s the first cryptocurrency to appear in the world, recognized first in 2009, created by someone called Satoshi Nakamoto.

Just like other cryptocurrencies on the market, BTC is built on blockchain technology.

The transactions saved in the blockchain are safe from every fraudulent activity as the history is stored and backed up on thousands of computers across the globe.

Over the last 5 years, the price of BTC has raised more than 8,600%, showcasing why it’s still the Best Cryptocurrencies to Invest in.

Alongside being a solid investable cryptocurrency, Ethereum is also a blockchain platform.

It’s a popular currency among program developers due to a feature called “smart contracts”, which allows you to proceed with a transaction when certain conditions are met.

If you’re afraid of the extremely volatile nature of cryptocurrencies, Tether might be the best one to invest in.

It’s backed up by real currencies, like the U.S. Dollars, that keep its price rather predictable and stable.

Today, Tether’s price is expected to alter slightly over the next years. While it means the profit margins may not be as “game-changing” as the other cryptocurrencies on the market, it also means investing in USDT is a comparatively safer bet.

Cardano is infamous for its decreased energy consumption and reduced negative impact on the environment.

Furthermore, it’s also infamous for its early adoption of proof-of-stake validation, which is directly tied to its energy-consumption benefits, too.

Furthermore, Cardano also has the smart contracts feature, just like the one in Ethereum, meaning it’s incredibly viable for program developers and coders.

While the increment and price cap is still modest, it means it’s good for crypto investors who are new in the field and want to invest in a currency that’s still priced pretty low.

Binance is one of the largest crypto exchanges in the world — and BNB is the currency you use to pay fees and exchange currencies on the Binance platform.

When it was launched back in 2017, it was merely used to do things it was supposed to do, i.e., pay fees and use for the exchange of different currencies. But today, it can be used for solo investments, too.

At the start of the year, Solana had only a 0.01% market share. It quickly changed the scene and burst into unlimited profitability over the months.

Today, it’s one of the top 10 cryptocurrencies in the world by market share.

It’s based on the same principles as Ethereum, but it improves on a few of them. First, Solana’s transaction speeds are much faster, plus the fees are lower.

XRP was created by a payment processing and digital technologies firm called Ripple. Just like how BNB is used on the Binance platform for the exchange of different cryptocurrencies, XRP is used on Ripple to exchange various currencies.

That makes it a solid alternative to BNB when it comes to the way transactions are processed.

It’s based on the same technology as Tether, a stable coin. That means the cryptocurrency is based on a real currency, i.e., the U.S. Dollar.

It’s in a 1:1 ratio with the U.S. Dollar, globally being used for international Dollar transactions.

By market cap, USDC is the 8th largest cryptocurrency in the world — with more than a $31 billion market cap at its disposal.

If you have the hunch to invest in one of the newest and riskiest cryptocurrencies to date, WILD might be the best one for you.

It debuted in May 2021, making it one of the newest names popping up in the cryptocurrencies list.

Unlike most of the other names on this list, WILD is super unstable and risky. That said, you should only invest a small amount in WILD with a just-put-it-there-and-forget-about-it mindset.

If it turns out to be super profitable, good for you. If it pops up, don’t whine about your lost investment.

WILD also has a much smaller market cap when compared to other options on this list. While all the cryptocurrencies mentioned above are more than $30 billion in market cap, WILD is only around $100 million.

Dogecoin was created as a joke — a popular topic for memers to talk about. But thanks to the recent boost by the infamous celebrity and tech star, Elon Musk, it quickly rose in its price. It was priced at around $0.0002 in 2017. But today, it’s more than $0.20 in price.

One aspect of DOGE that makes it unique is its capacity. Almost all the other cryptocurrencies have a certain limit on how many of them can be created — but not Dogecoin. It can be created indefinitely.

While this aspect may sound like a pro to you, it’s actually a con. The prices of other cryptocurrencies keep on increasing as they reach the end of their total limit — but as Dogecoin has no limit, it may not increase in price as much as the other options.

That also means DOGE might decrease in price when it’s done with its sudden price surge due to memes.

The reason DOGE received such popularity in such a short period is the jokes and memes that revolve around it.

The member’s community is considered one of the most dedicated communities in the world — explaining why DOGE has become so popular over the years.

Cryptocurrencies serve as a solid investment opportunity for people who are aware of how things work in the crypto world.

However, with thousands of currencies available in the market today, it’s not exactly simple to figure out which currency is the best investment for you.

After reading this article, now you’re familiar with the top 10 best cryptocurrencies to invest in that might be the best opportunity for you.

Each of these currencies has its profitability and risk factors — it just depends on your gut feeling and research to determine which currency should you invest in.

Plus, you could also divide your investment into multiple smaller fractions to invest in different currencies. That will reduce the risk factor and let you be more comfortable with your hard-earned money.

Everything You Need To Know About Bitcoin Vs Ethereum

How To Make Money With NFT? | 6 Best Ways

How to Find Undervalued Stocks

Cryptocurrency mining companies to invest in | The Best Ones

How to make money with NFT? | 6 Best Ways

7 best ways to secure your crypto